On the thirty-second anniversary of the 1989 Tiananmen Massacre in Peking, an anonymous blogger in the People’s Republic of China is missed by many Chinese around the world. He is known to Internet activists as „program think.“

On his Twitter account, „编程随想@programthink,“ which currently has 51,162 followers, he introduced his activities as „IT sector, passionately denouncing the one-party state, exposing brainwashing and popularizing techniques to break through the great firewall. Occasionally talk about IT issues and share e-books. If needed, leave a message on my blog https://program-think.blogspot.com.“

Since 2009, he has been volunteering to help internet users break through the great firewall of the People’s Republic of China (PRC). On July 16, 2009, in a text titled „Learn the Courage of East Germans in Breaking the Berlin Wall,“ he called on Chinese internet users to break through the blockades built by the Chinese Communist Party using western techniques. For him, the Berlin Wall built by the Socialist Unity Party of Germany in the 1960s is in some ways similar to the great firewall built by the Chinese Communist Party in the 21st century because both „walls“ serve to prevent the people’s pursuit of freedom. The current situation of all PRC Internet users reminds him of the residents in the former East Germany who tried everything to overcome the wall.

He also recommended a Chinese text about the different ways of escaping the GDR hostages in overcoming the Berlin Wall, which featured wall victims such as Klaus Brueske.

Until May 9, 2021, for security reasons, he directed himself to report irregularly on the internet within each 14 days with contributions, responses or further e-books. On January 30, 2019, he explained in detail „Why can’t the Stasi still catch me – a summary of security experience from ten years of anti-communist activities“. In doing so, he supported the „Jasmine Revolution“ in 2011, when it also took place in Chinese cities. In the course of this, many peaceful Jasmine Revolutionaries and even bystanders, such as artist Ai Weiwei, were arrested.

For the PRC’s Internet users, he is a beacon showing them the way to freedom. Quite a few of his readers have fled the „Animal Farm“ or „Wall State.“

He could also leave the PRC, but he does not want to leave the country and its people to the Chinese Communist Party.

Now the heroic blogger has disappeared. There are reports of his arrest and torture, but neither the time and place, nor his personal details. Until now, nobody knows who he is and what happened to him. There has been speculation about this since May 23. There is even an opinion circulating that the unknown hero may be suffering from „postpartum depression“ right now! That is, there are readers who consider the charming blogger to be a woman.

In any case, with more than 700 posts, his blog will become even better known and read more.

The world has one more reason to boycott the Olympic Games 2022 in Peking! 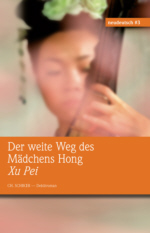